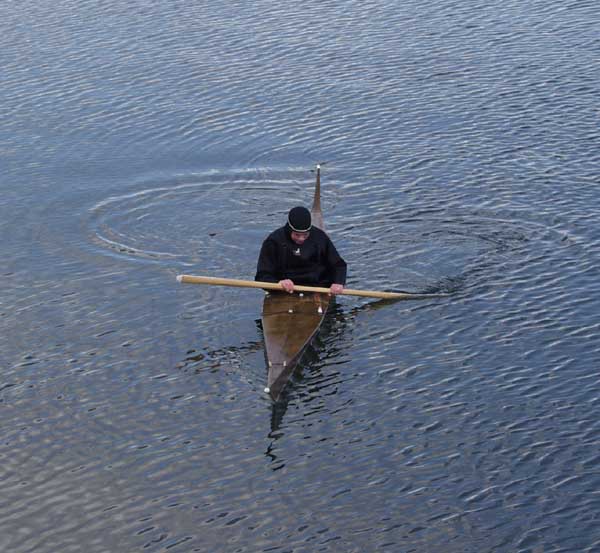 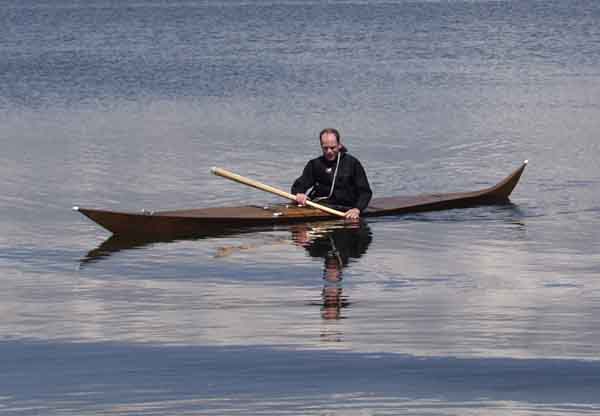 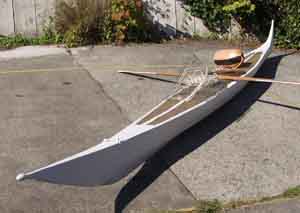 Above is the crabbing kit I've successfully used for Dungeness crab. Its a
pyrimidal wire trap with line and a buoy. It works great, but I have since
replaced the cylindrical buoy with a duck decoy-- that won't roll around
the kayak's deck. The paint job is new-- prevents more leaks and is a
camouflage pattern seen on Greenland kayaks.

I thought I'd experiment with a small, light-weight bilge-pump system on
this kayak: I used a fuel primer bulb mounted to a board set inbetween
the forward deck stringers. The intake hose is tacked to the keel right
below where I sit, and the outfeed goes through a 1/2" d. hole I drilled
through the gunwale. The pump is knee-operated. Total cost under $10.