EAST GREENLAND KAYAK, ca. 1930s (replica)
This is my very first Greenland Kayak replica-- an East Greenland kayak from the 1930's, based on John Brand's drawings in "Little Kayak Book" vol. III, kayak 21. The original is at the Danish National Museum (L.19.157). My replica fell into disrepair (rotted canvas and collapsed hull), -- as seen below, but has since been re-built. The ribs and coaming are new, but most every other piece was salvaged from the first replica. This kayak measures 18'7-3/4" long by 18-3/4" wide. The depth-to-sheer is about 6". This kayak's restoration was completed in August, 2003. It is covered in Polyester and the deck lines are rawhide with antler fittings. I also surveyed the original kayak, and the lines of this kayak are published in Kayaks of Greenland. 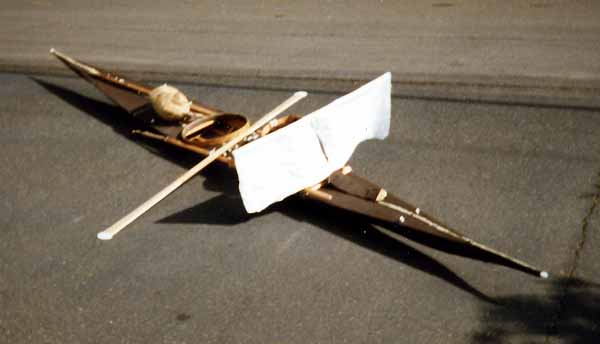 The original incarnation of my replica-- with canvas skin-- kitted out for
hunting with replica equipment, circa 1995.

The situation in 2003: Rotted skin, collapsed hull, and wracked
structure. 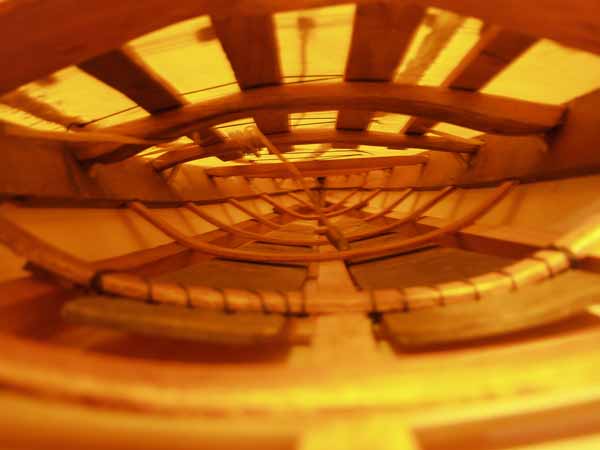 The forward interior view of the L.19157 replica-- after being re-built.

A very typical view of the 19157 in foot-waves; The ride is rather damp. 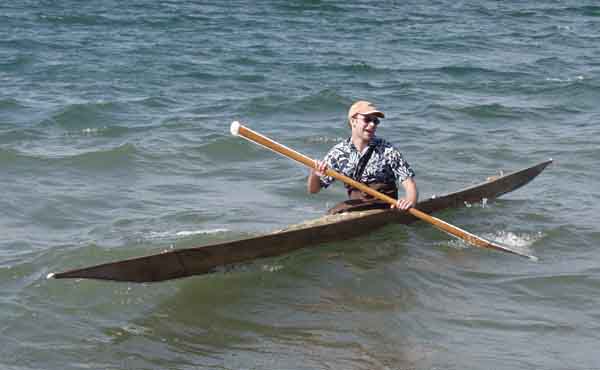 Heeled over, the shallow depth is readily apparent.