This kayak was based on a drawing in David Zimmerly's book "Qayaq: Kayaks of Alaska and Siberia (2000:21, fig.24). It measures 20'7" long and 22" wide. My replica weighs 40#. It was built in late 1995, and its canvas skin was finally replaced in 2012, when the frame photos below were taken. The lines of this kayak are also published in "Kayaks of Alaska." 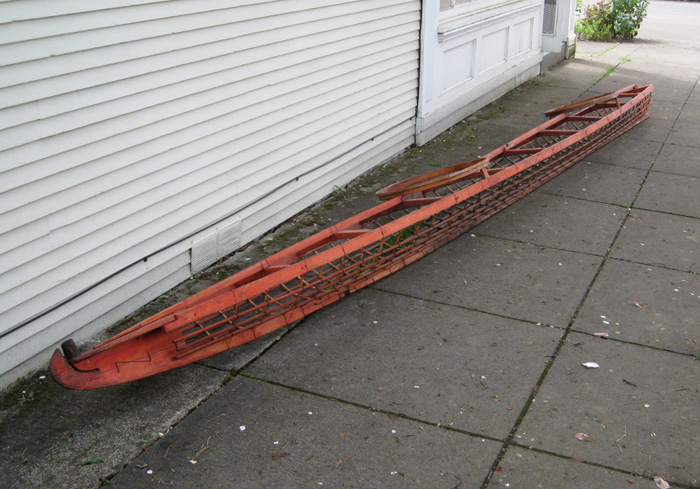 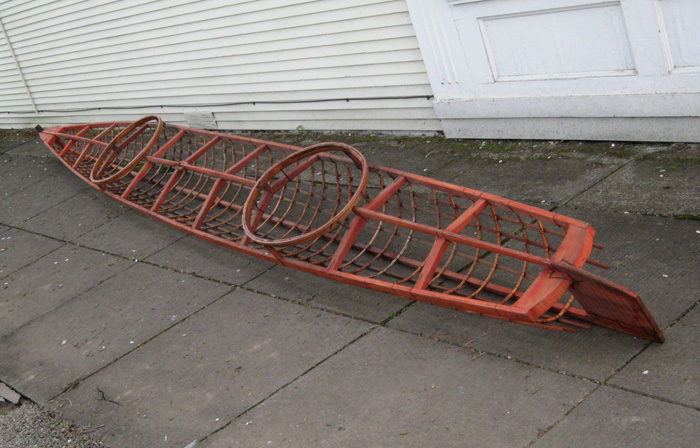 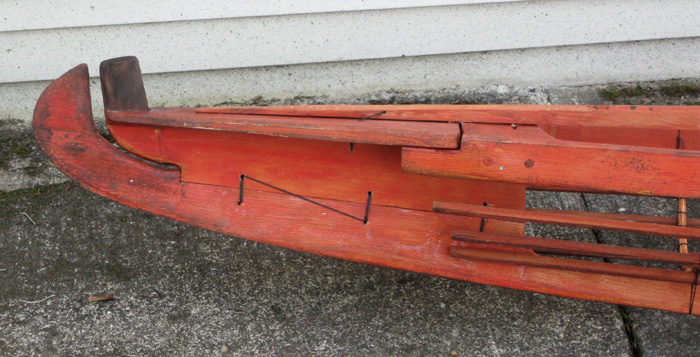 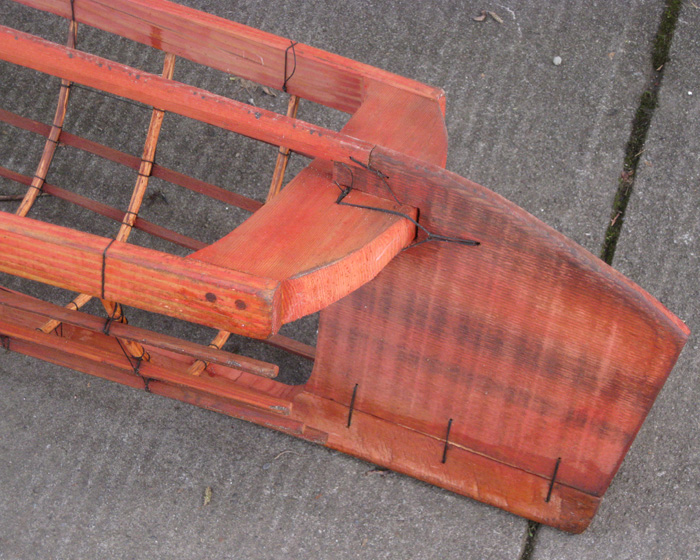 Seventeen-year-old frame-- re-oiled and ready for another 17 years.

The re-finished kayak-- complete with rudder, square-sail, and cabin boy. 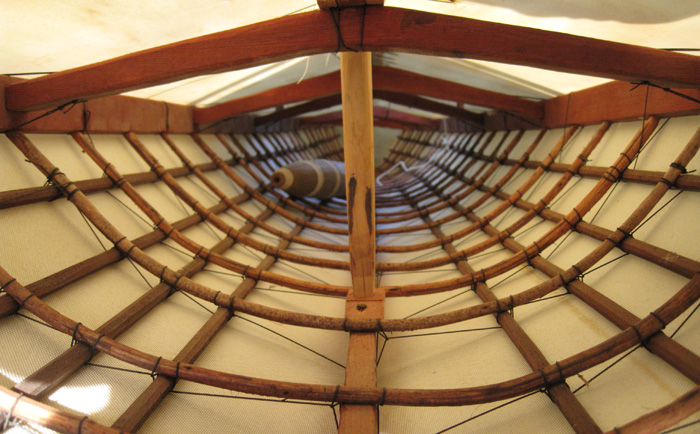 The mast: stepped on the keelson, and partnered through the deck stringer. 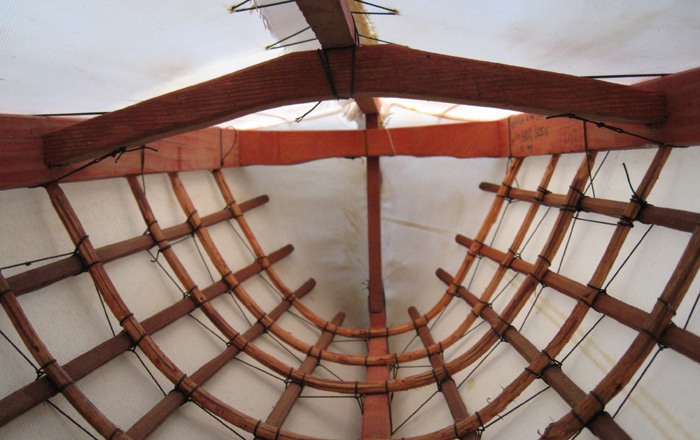 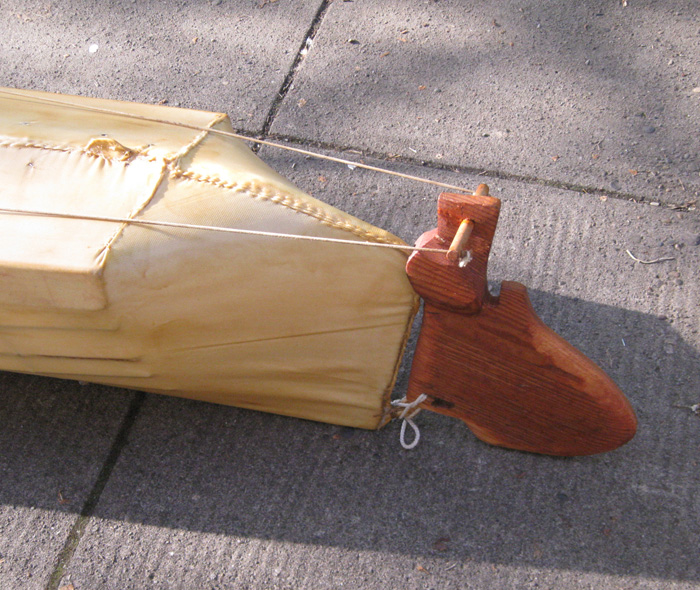 Detail of the rudder: An open socket straddles the kayak's stern, and the bottom is lashed to the kayak's drain sleeve. The rudder control line is a single line run around the aft-cockpit's coaming lip. 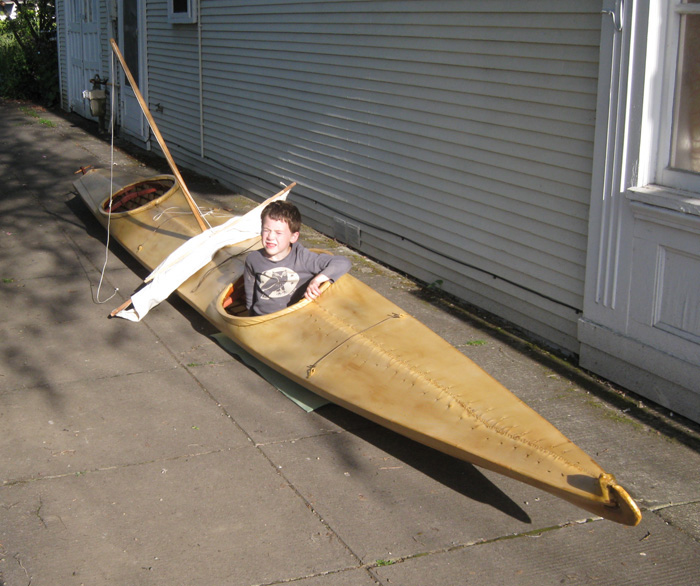 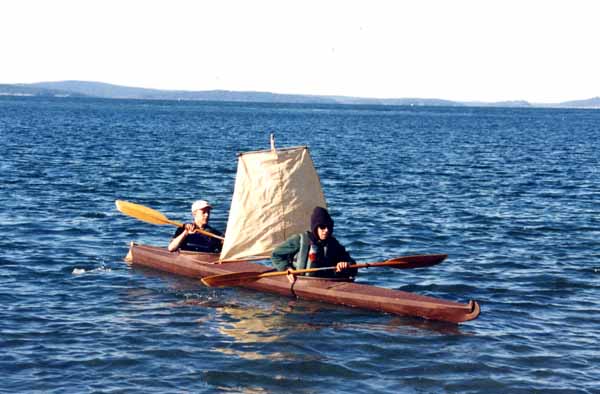 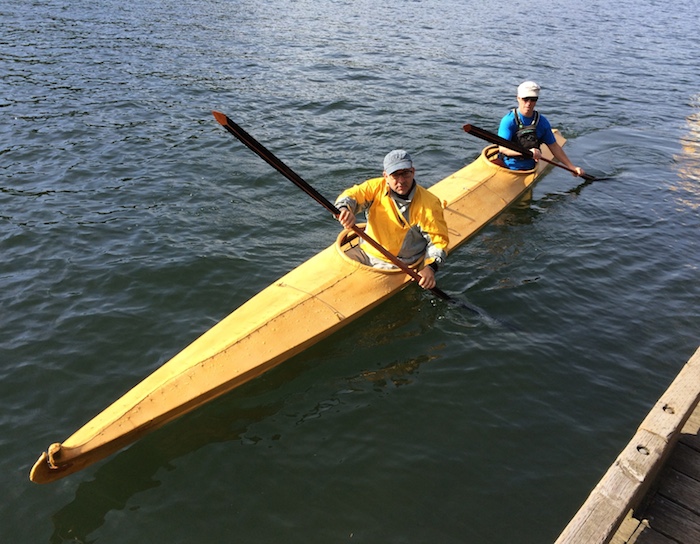 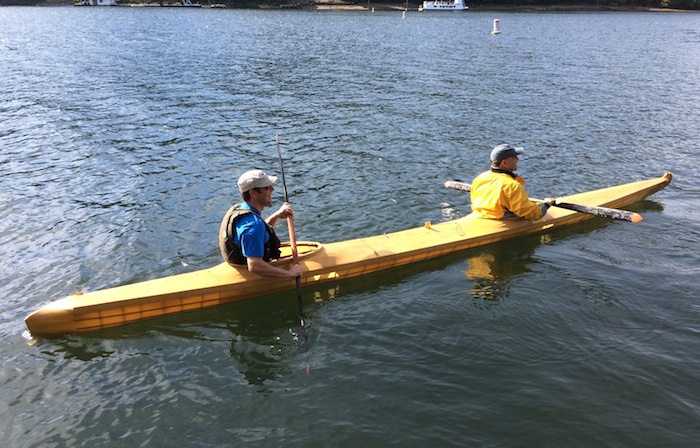