The 1805 drawing gives measurements in "Fuss" and "Zoll" --roughly "feet & inches," only the
drawing was executed before standardixed measurements, so I was left to my wits as to which
region-period units to use in conversion to standardized measurements. I used "Dutch Feet" which resulted
in a kayak about 16'5" long, and about 18-1/4" wide, and 11-7/8" depth-to-sheer at the cockpit-- I believe a very reasonable size for such a kayak. 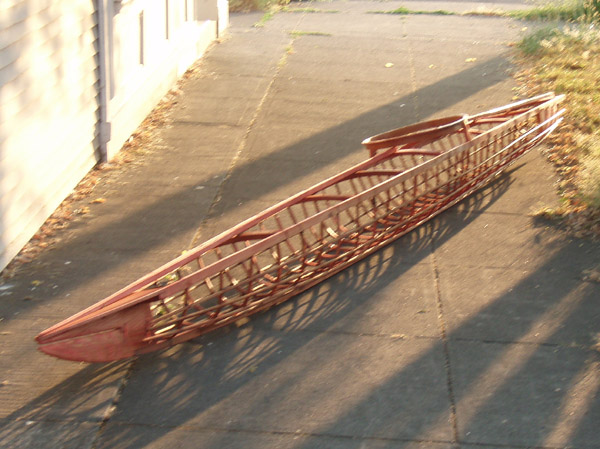 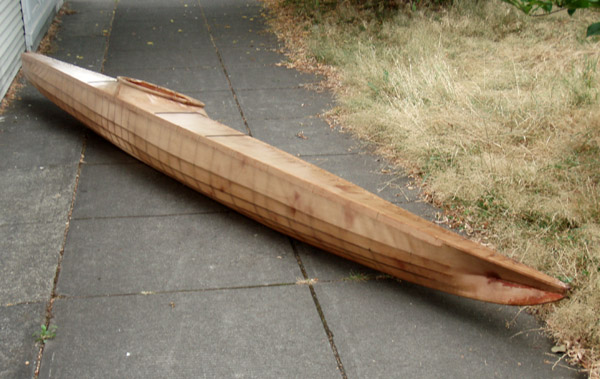 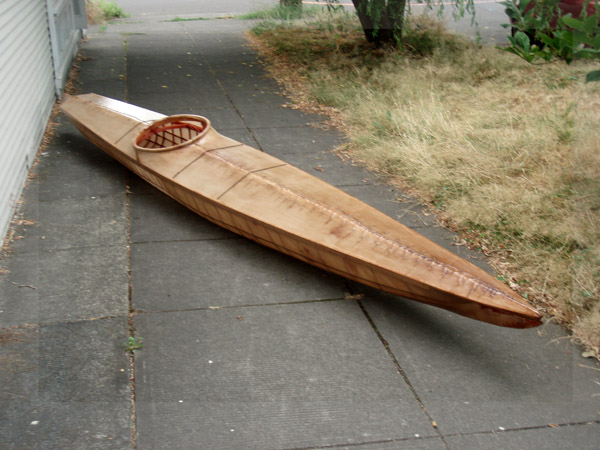 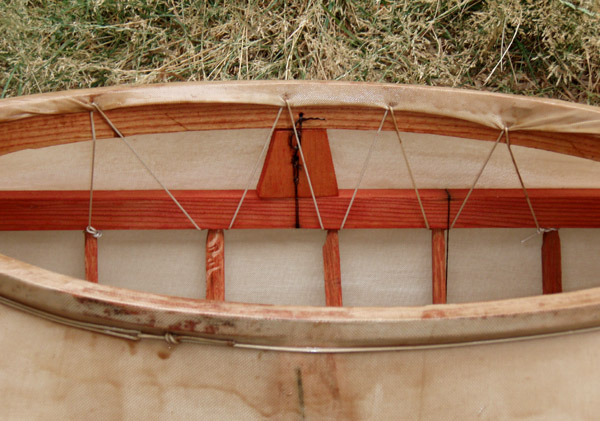 Traditional Aleutian method of lacing a kayak's covering to the frame. 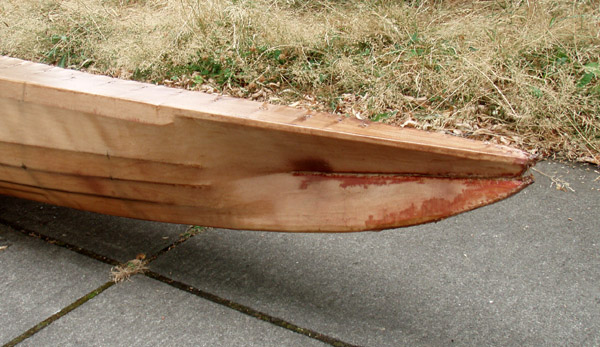 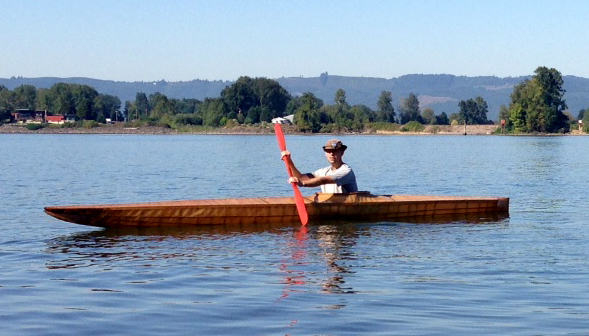 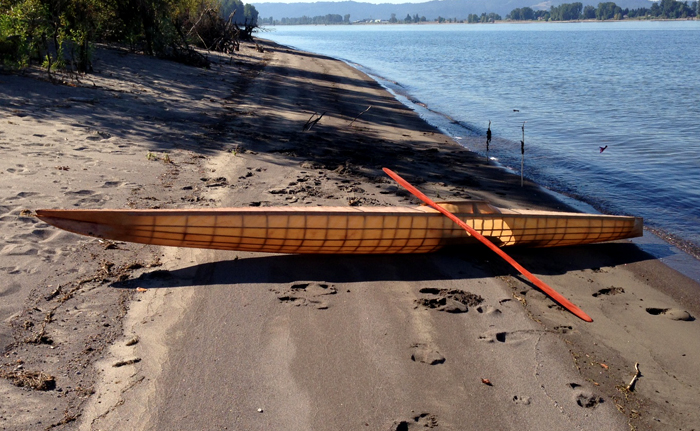