Every other year or so I get the urge to build something a little more unusual than a kayak replica. The "sturgeon-nosed" bark canoes have always intrigued me, and I finally got around to doing the right thing about it.

As rare as these forms are, they occur is some very interesting areas: The Amur River of Eastern Siberia, The Kutenai, Shuswap, and Kallispel tribal regions of Northern Idaho, Eastern Washington, and Southern British Columbia, and the Murray River of New South Wales, Australia (among other areas).

I settled on the Kutnenai form, and I chose to emulate it in a more modern manifestation: Canvas covered, instead of Pine and Birch bark. I based the lines on the example in Adney & Chapelle's "The Bark Canoes and Skinboats of North America" fig. 154, page 169. Of considerable further inspiration was John Jenning's book "Bark Canoes: The Art and Obsession of Tappan Adney," in which there are color photographs of a canvas-covered scale model of a Kutenai canoe made by Adney (page 105). Several similar canoes are also shown, including a few from Siberia.

The canoe I am building is 15'4" long, but only 10'3" long at the gunwales. The depth amidship is 12". Unlike how the canoe would've likely been made, I am instead using a rigid free-standing framework that will not depend on the covering to hold it together.

Because of my diverging from traditional methods, I quickly found I was at a bit of a loss as to how to proceed at times-- I must've flipped the frame 10 times trying to decide whether or not to build it upside-down or right-side up. Even stranger, I found it easiest to construct by suspending it right-side-up from the ceiling. 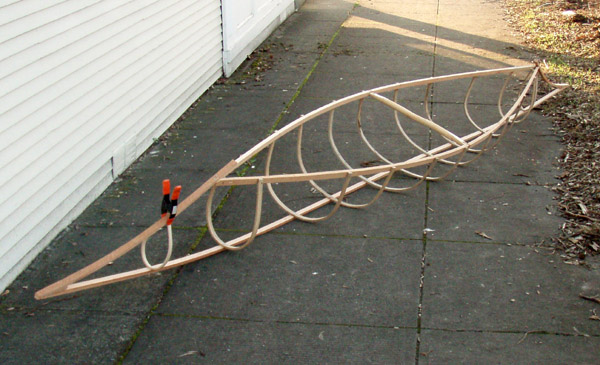 Most of the ribs are in-- still a few to go towards the ends. 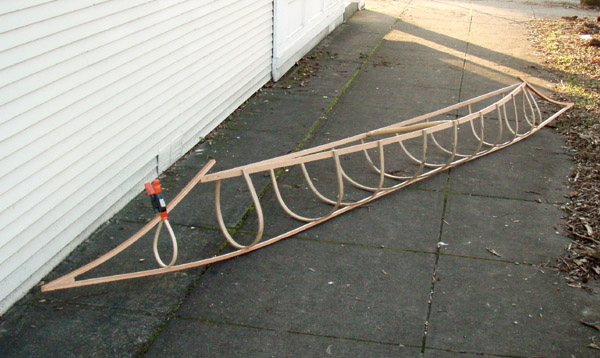 Another view of the ribbed frame. The hogging will (hopefully) come out after the sheathing is secured.

Here's a trial run with some sheathing. More will be placed, but it will not be completely sheathed like most North American bark canoes.

The finished frame. The sheathing is fastened to the ribs with brass screws. The weight is about 15#.
Photo taken on 2-25-10. 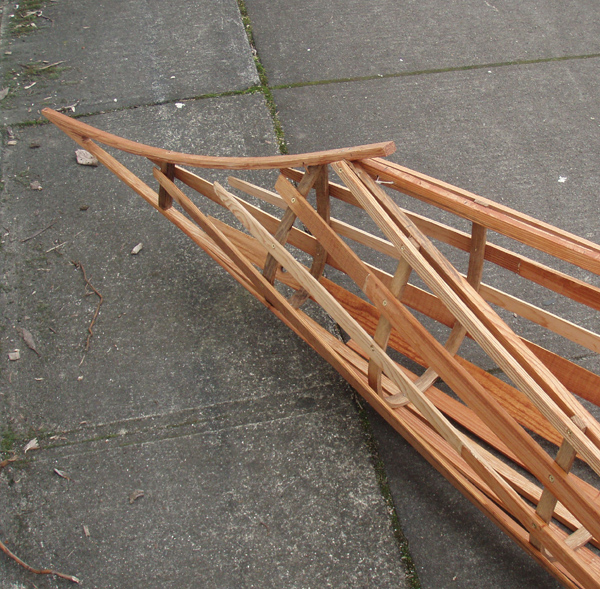 Uncovered and covered views: Bow or stern . . . . I haven't decided which is which yet(!) 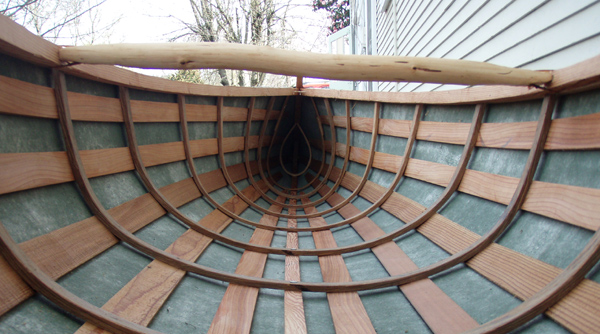 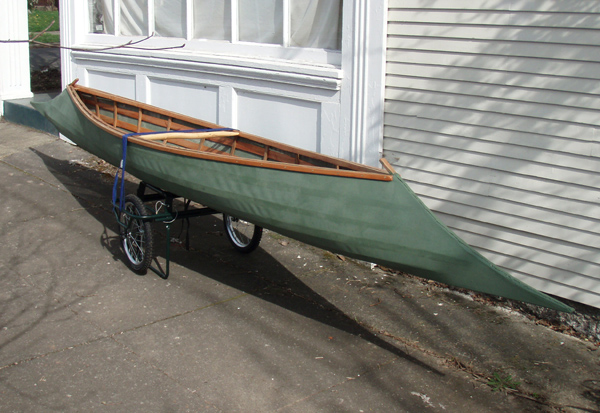 Ready to roll! The Willamette is just 47 bike-friendly blocks from home. 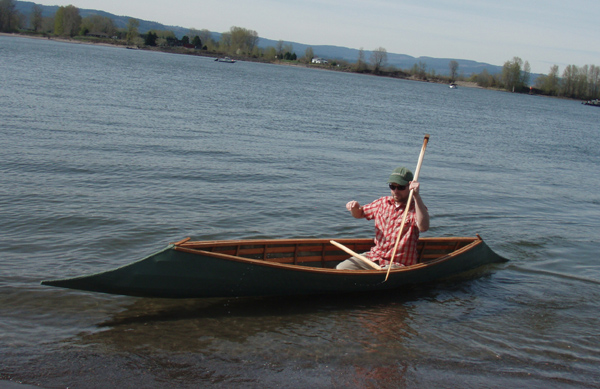 Launch Day: March 20th, 2010. The first voyage was with my son Max sitting forward; he took these photos later that day. We paddled about 4 miles and the canoe did wonderfully. Its a magical craft in form and performance-- a real joy to paddle. 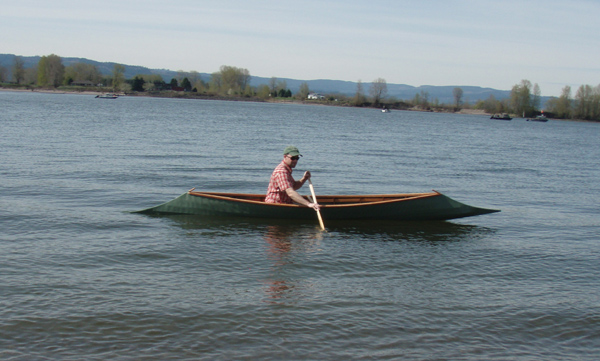 Trimming out as expected; a 5 year old in the front would bring the stern up. 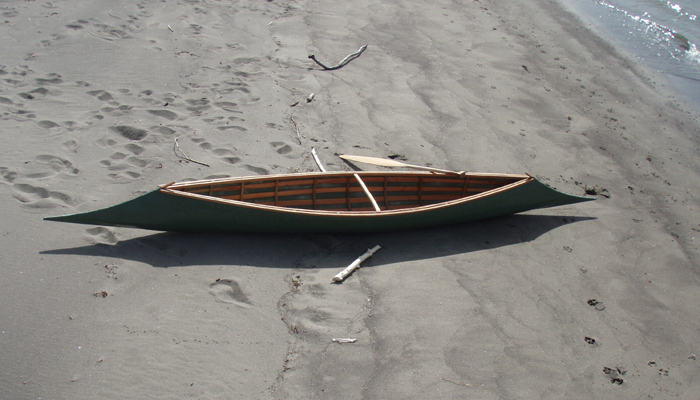 Caterpillar Island, on the Columbia-- 1100 miles down-stream from where these canoes were used by the Kutenai.