KORYAK KAYAK replica
The original was collected ca. 1910 by Waldemar Jochelsen, and is now in the American Museum of Natural History.
Richard Nonas and I surveyed the original in 2003, but John Heath has also surveyed this kayak and his drawing appears
in the book "Eastern Arctic Kayaks" (2004:6, fig.1.1). The kayak measures 9'2-1/2" long, 29-5/16" wide, and 6-7/8" depth-to-sheer. The lines of this kayak have also been published in "Kayaks of Alaska." 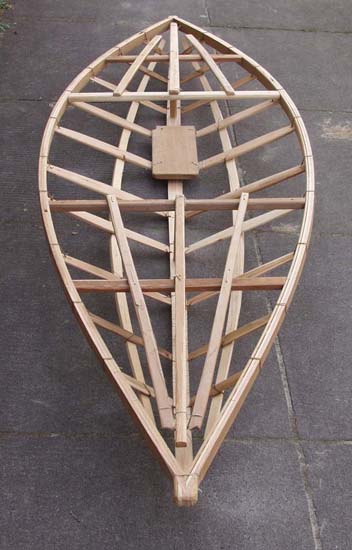 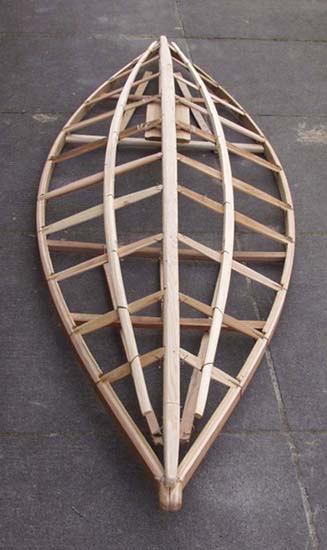 The ribs of this kayak consist of straight planks let into the lower edge of the gunwales,
and are mortise and tenoned into the keelson. The hull's cross-section is a shallow V. 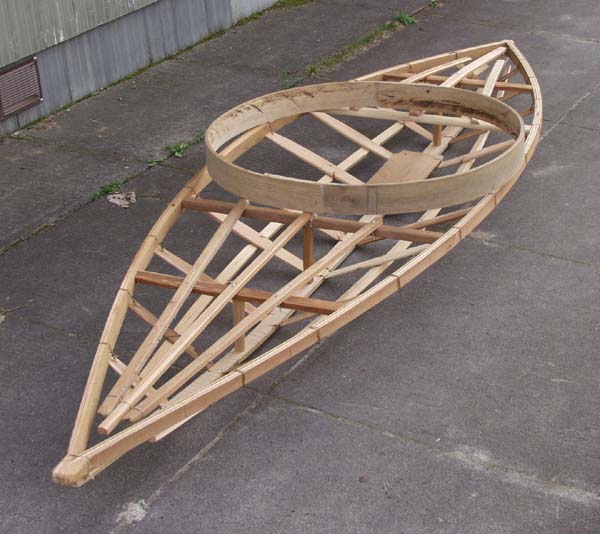 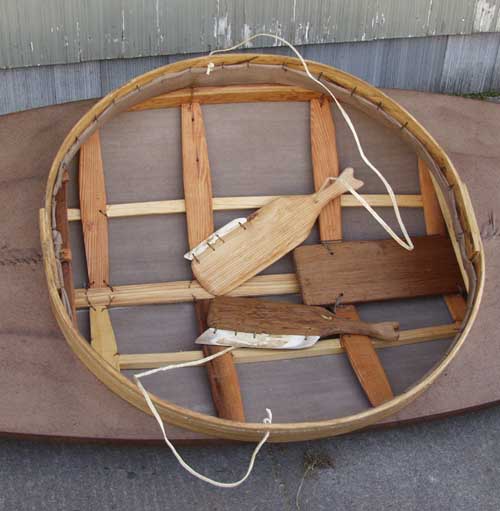 Cockpit view of the Koryak kayak showing the two leashed hand-paddles,
each with bone edging. 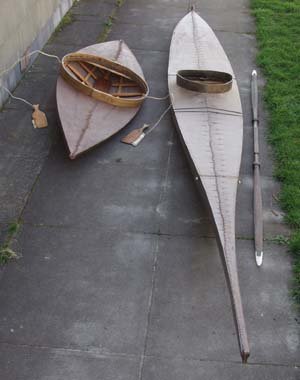 Two very different answers to the same question: How to catch sea mammals?
On the right is the replica of the 1830s Baffin Island kayak; Its paddle is 27"
longer than the Koryak kayak. 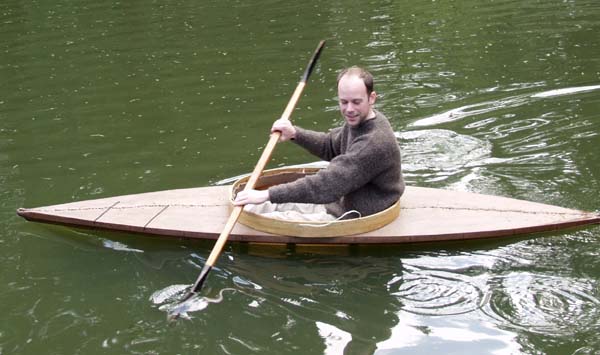 Launch Day:3-17-05
I tried the Koryak kayak replica out with a double-blade paddle as well as the
hand-paddles. The kayak was a bit too responsive with the double, and drips
quickly soaked my pants. The hand-paddles actually worked much better
than I had anticipated-- they are ergonomic, fast, and dripless. Unlike with a
double-blade or two-handed single, with the hand-paddles I could rudder
on one side while still paddling on the other. The replica was very comfortable
and very stable; quite the unique experience-- it rather strikes me as being
a 'high-performance coracle' of sorts. 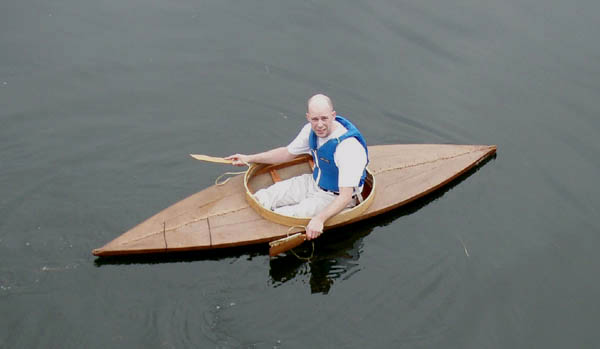 Above and below: Two views from an elevated position, Whidbey Island, March 2007. 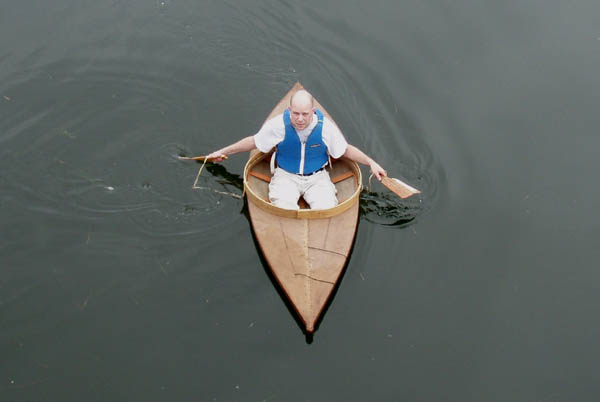